Here we will learn the following answer of these question :

1) In a chemical reaction, what does a catalyst do

We will also learn :

According to catalyst In chemistry, there are two main types of catalysis:
a) Homogenous catalysis
b) Heterogeneous catalysis

Also, there is a third type of catalyst known as Enzyme catalysis which is largely used in the biological sector.

In homogenous catalysis, the catalyst is in the same phase as the reactants and is evenly distributed throughout. This type of catalysis can occur in the gas phase or the liquid (solution) phase.

a) Oxidation of sulphur dioxide to sulphur trioxide with nitric oxide as a catalyst,

Many reactions in solutions are catalyzed by acid and bases,

a) Hydrolysis of cane sugar in aqueous solution in the presence of mineral acid as catalyst,

b) Ester hydrolysis in the presence of acid or alkaline,

c) Decomposition of hydrogen peroxide in the presence of iodine ion as a catalyst,

The catalyst is called heterogeneous catalysis at a different physical stage than the reactants.

Some example of heterogeneous catalysis with reactants in the gas, liquid or the solid phase is listed below.

a) Combination of sulphur dioxide and oxygen in the presence of finely divided platinum or vanadium pentoxide, (Contact Process for Sulphuric acid)

b) In the presence of finely divided iron, nitrogen and hydrogen mixture to form ammonia, (Haber Process for Ammonia).

c) Oxidation of ammonia to nitric oxide in the presence of platinum gauze ( a stage in the manufacture of Nitric acid).

Vegetable oils are triesters of glycerol with higher unsaturated acid. When hydrogen is passed through the vegetable oils in the presence of nickel, the carbon-carbon double bonds of the acid portions are hydrogenated to yield solid fats (Vanaspati ghee).

a) The decomposition of aqueous solutions of hydrogen peroxide is catalyzed by manganese dioxide or platinum in colloidal form,

b) Benzene and ethanol chloride react in the presence of anhydrous aluminium chloride to form phenyl methyl ketone,

3) Heterogeneous catalysis with the solid reactant

The decomposition of potassium chlorate is catalyzed by manganese dioxide.

The long chains of the enzyme (protein) molecules are coiled on each other to make a rigid colloidal particle with cavities on its surface. These cavities which are of characteristic shape and abound in active groups (NH2, COOH, SH, OH) are termed active centres. Substrate molecules which have a complementary form fit into these cavities just like the key fits into a lock. By virtue of the presence of active groups, the enzyme forms as the activated complex with the substrate which at once decomposes to yields to products. Thus the substrate molecules enter the cavities, forms complex and react, and at once the products get out of the cavities. 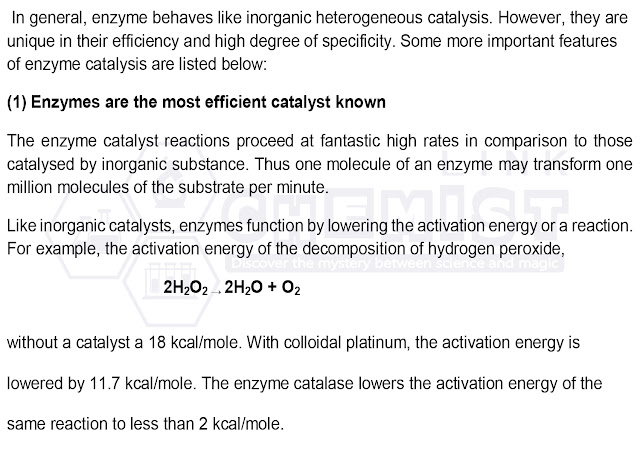 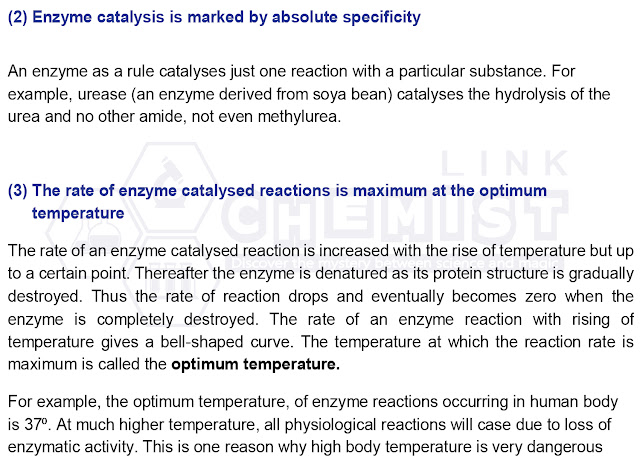 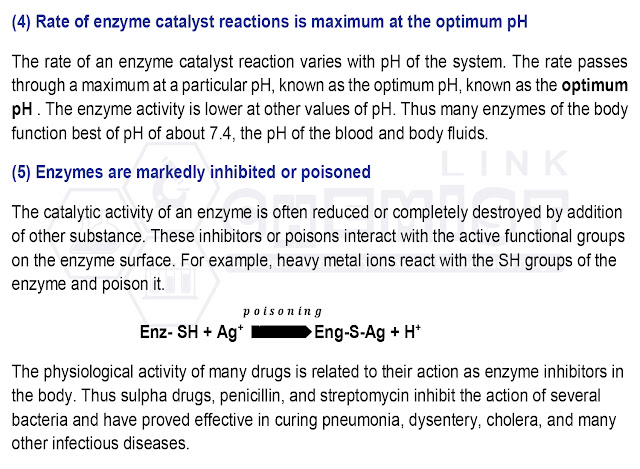 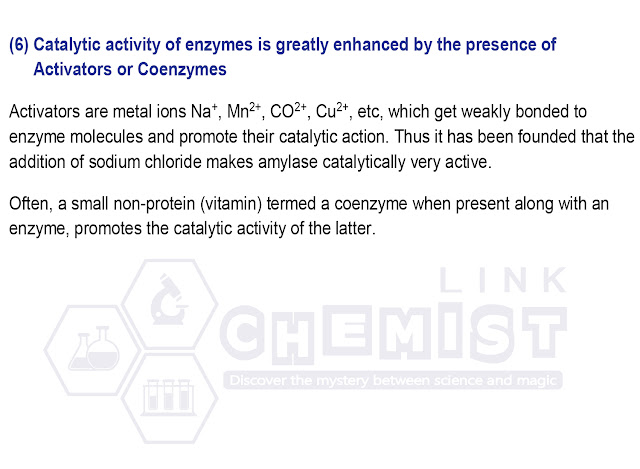 Chemical Engineer Salary and Job | Entry level To Top level  In engineeringfield of chemistry, A …